Home. Belonging. Being from a place. These things matter a great deal to us. Our homes wrap tightly around our identity, they help define us, they give us shape. Sometimes that shape is given gently, like a child licking an ice cream cone, and other times carved violently like lashes to the back. But a home exists for every single one of us, seven billion people on the planet, seven billion answers to the ever-pervasive question: Where are you from?

Antonio Ruiz-Camacho is from Mexico City, and you can feel the longing for his home in every beautifully crafted sentence of his story collection Barefoot Dogs.

The eight stories are all connected to one event, the kidnapping of José Victoriano Arteaga—the paterfamilias of a rich Mexican family who we never get to meet except as a ghost hiding between Ruiz-Camacho’s sentences. Each story is told in the first person, from the point of view of someone connected to José Victoriano (some directly, some a degree removed). The violence toward José Victoriano is so shocking that a family-sized diaspora occurs, hurling the Arteagas (and their servants) away from home to Palo Alto, Austin, New York, Madrid and beyond. This is a forced exile, and most characters in this collection are dealing with the desire (and the impossibility) of returning to Mexico City. It allows Ruiz-Camacho to explore some exciting themes: belonging, migration, fear, violence and escape. But the book shines especially bright in Ruiz-Camacho’s exploration of privilege, which—as most everything else in Barefoot Dogs—is not presented in the way one expects.

Most characters in Barefoot Dogs wear their privilege on their sleeve, and Ruiz-Camacho makes no attempt for them to confront that privilege in any real way. Take this passage, for example, from “Origami Prunes,” the second story in the collection where the narrator is about to engage in a passionate love affair with one of José Victoriano’s daughters, now living in Austin:

“I wondered if hers was one of those families that brought their longtime maids with them from home and then, once abroad, called them au pairs. I wondered how many servants she had on payroll before, how many remained, and if she cried at night for her loss.”

It’s an important decision for Ruiz-Camacho to have his characters be so unapologetic about their privilege, and one that gives the weight of reality to the issue. The fact of the matter is that the great majority of privilege goes unchecked, and the people who benefit from it have no desire to contend with it. The reader, however, is compelled to confront it with every turn of the page.

But underneath the obvious class and racial privilege that comes alive in the pages of the collection—mostly in the relationship between the Arteagas and the host of maids that play both protagonic and secondary roles in the stories—there’s also an undercurrent of a different type of privilege all together, and one that has not entered our current national discussion: The privilege of living in a country (like the United States) where the type of violence that befalls the Arteagas is mostly unheard of. It is something that everyone living in America, regardless of race or creed, should think about and be thankful for.

I grew up in Venezuela in a family not terribly unlike the Arteagas, with some of the same pronounced privilege. And Caracas is also not unlike Mexico City: in both places violence has become part of every day life. My own family’s history with violence would be considered unbearable to many: we’ve lost count of the times a close relative or friend has been robbed at gunpoint or beaten, and my youngest brother was kidnapped when he was sixteen and then held hostage again in his mid-twenties. Both times he could have easily been killed. The biggest difference with the Arteagas is that most of my family decided to stay in their home; I left ten years ago to attend graduate school in the States, another privilege shared with very few. But the truth of the matter is that my family’s trials pale in comparison with the vast majority of Venezuelans, the people who live with violence as a neighbor instead of being able to hide behind electrified fences and hired security. They pay their toll to violence every day. It is in this dichotomy that Barefoot Dogs does such a good job of shining a light on the Mexican situation—through every new story you read about the Arteagas you can’t help but wonder how the other side is doing, how those that have no recourse or means of easy escape deal with the brutality.

Violence is everywhere, of course, and the United States is no exception—and, as in most places, it is minorities and women who bear the brunt of it. But the United States is mostly spared from the brutal violence that is the daily bread of so-called “under-developed” nations. It is one reason why rich and poor people alike flock to the United States. It is why families risk life, limb and dignity to cross the border, work low-wage jobs and live in constant fear of deportation—even when they would like nothing more to return to the place they know and love.

You catch a glimpse of that side of the immigrant equation in my favorite story of the collection, “Deers,” narrated by one of the maids that travelled to the United States with the Arteaga diaspora. Susy was fired by Laura Arteaga and is now an undocumented immigrant working at a McDonalds in Austin. A bear has gone inside the restaurant the night before, and a crowd, including Susy and her friend Conchita, gather outside the building hoping to catch a glimpse of the beast. Somebody speculates the bear might have been kept as a pet in one of the nearby mansions, and Ruiz-Camacho deftly turns Susy’s thoughts into a reflection on belonging and home:

“I imagined the bear alone, forced to live in a strange place surrounded only by humans; I wondered if this was a young or an old bear, if he missed the company of other bears or if bears didn’t have those feeling; if they were lucky in that way.”

For these characters a happy ending seems to be impossible outside of Mexico. In the closing story of the collection (also titled “Barefoot Dogs”) Martín, José Victoriano’s youngest, is dealing with an unwanted life in Madrid, with a dying dog and a newborn son he can’t relate to. His doorman has just told him his own immigration story, and Martín reflects on it:

“I want to ask him if there’s a cheerful ending to the story…I want him to say that every immigrant story about people who have been forced to abandon the place they thought they’d always belong ends that way, on a merry note, but nothing comes out of my mouth.”

It is true that home is not something fixed or unchangeable. People can build a home, or find one—it happens all the time. But for a lot of us, no matter how hard we try, home is home forever. And leaving home with no real prospect of coming back makes a hole. It’s a deep one, and impossible to fill. 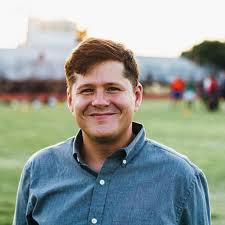 Alejandro Puyana‘s home is Caracas, Venezuela, but he’s lived in Austin for the past decade. His work has been featured in Tin House, Huizache, The Huffington Post and other publications. He’s working on a novel about Venezuela titled Freedom Is a Feast. He lurks (and sometimes posts) on Twitter as @puyana.

One thought on “The Privilege of Going Home”