Mychal Denzel Smith’s Invisible Man, Got the Whole World Watching is a powerful memoir where Smith answers the question, “How did you learn to be a black man?” As he reflects upon his life, he offers key insights about the impact family and friends had on his development, as well as a number of public figures—a combination of activists, authors, musicians, comedians, and athletes, ranging from Malcolm X, James Baldwin and Toni Morrison to Dave Chappelle, Frank Ocean, and LeBron James —who also shaped his understanding of what it means to be a black man. Along the way, Smith plants gems signifying the urgent call for the humanity of black people—women, men, gay, trans-, straight—to be seen and no longer dismissed and discarded.

Smith’s personal story weaves in and out of events affecting the black community at-large, like the case of the Jena Six, the multitude of unarmed black women and men murdered by police, and the election of President Obama. In doing so, he reveals not only how his own understanding of being a black man was impacted but also exposes the collective impact that white supremacy, patriarchy, homophobia, and transphobia have on the black community. Smith covers a number of other concepts including: the role of respectability politics, the privileges of being a member of a dominant group, why black rage is essential, the responsibility of celebrities to speak out against injustice, the necessity of understanding Black womanhood, invisibility in the white mind, homophobia and the concept of “inviting in” versus “coming out,” and mental health and the idea of “living with” as opposed to “suffering from” a mental illness.

Much of what Smith speaks of is compelling and opens the door for rich dialogue. Truly, one could devote several pages to each of the topics above, but for now, I will focus this reflection on how Smith became a writer and his understanding of what it means to be a black writer.

Smith found his voice while working as a writer for the Hampton Script, the campus newspaper at Hampton University. He said he could be what James Baldwin called “an honest man and a good writer” and do so “in service of my people.” In response to a former business advisor of the Script who told him he couldn’t be a good journalist because he was an activist, Smith states, “If being an activist meant that I was approaching my work not as an observer but as an advocate, not as a curious outsider but as an active participant in struggle, then so be it. Honest and good. For my people. For Trayvon.”

These two quotes made me stop to think about integrity, being a good writer, and service, and how ultimately all three are intertwined. That the writing isn’t good writing unless it’s honest and it’s in service to others.

Regarding the latter quote, as Smith tells the story, he admits that it was unclear whether or not the advisor’s words were intended to be an insult. Nonetheless, without identifying as an activist (seeming aware of the multiple interpretations of the term), he defines it as being an “advocate” and “active participant in struggle.”

This initially reminded me of many of my colleagues and friends. Some of them self-identify as activists, and others do not. The work of both explicitly serve and advocate for justice…justice for various communities who, despite their cultural and social capital, are routinely marginalized and underrepresented and/or their images and narratives are distorted or rendered nonexistent. His words also prompted me to think of the broad spectrum of activism which includes writers; when writers write and advocate for justice, they shouldn’t be immediately dismissed as an “armchair revolutionary” (although this can sometimes be the case). Such a writer has the potential to inspire, bring healing, transform lives, ignite and sustain movements, and therefore, undeniably be an “active participant in struggle,” serving their community.

With respect to my personal experience of service and being a writer, everything begins with honesty. I have always taken great pride in my self-integrity. Being honest with myself and with others is vital. Otherwise, I find myself either feeling sick or heavy, stuttering and stumbling through my days.

As a writer, I spend a considerable amount of time checking myself, making sure my writing is real…making sure it comes from an authentic place. I do this by regularly asking myself, “Is this true for me? Do I really believe this? Am I willing to take this risk telling this truth?” After years of this practice, I don’t always have to ask anymore; there is an internal gauge that tells me the answer, and I feel the yes or the no. If I discover the answer is no, then I need to dig deeper or stop writing. Because if I’m not being completely honest, what’s the point of writing? What’s the point of creating art if it doesn’t reveal my heart and leave behind a piece of my heart to create a space for others to feel, be connected, and create something life-giving of their own that helps others to feel and be connected. Honesty clears the way for service to actually happen…and truly be genuine and selfless.

Being a Black Writer 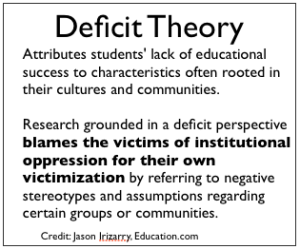 ndeed, being writers, we are witnesses and record what we witness. And indeed, one of the deeply unfortunate realities of black life in the United States is how often it is interrupted by wholesale tragedy. However, I must add that being black isn’t defined by tragedy. Being a black writer isn’t defined by the tragedy witnessed. It certainly cannot be ignored; it’s something we can never run from, that’s for sure. However, I find that allowing tragedy, in and of itself, to be that distinguishing characteristic, marking the difference between “writer” and “black writer,” is dangerous and perpetually unhealthy. It flirts too much with things akin to deficit models in education or scarcity or deprivation mentalities; the latter is especially all too common among those who confuse the struggle with their identity or believe that communities of color are destined to struggle, considering it even virtuous.

I believe what distinguishes “black writer” from “writer” is resiliency: the strength and beauty we develop as we work through and beyond tragedies we never chose. I think this will put us in the frame of mind to think about the cultural and social capital we possess as individuals and as a community.  What does this capital look like? How does this country benefit from and rely on these assets born daily against a backdrop of tragedy? How can this capital be used to directly serve and benefit our own communities?

Perhaps, this concept of resiliency as defining factor isn’t entirely in conflict with what Smith ultimately advocates for in terms of mental wellness, especially when looking at statements toward the end of the book like, “In the rush to lock everyone away, the political class never stops to ask what kind of mental health care a community that deals with violence daily may need.”

If we want to ensure the emotional well-being of black people, part of that task must begin with changing our language and interrupting the thoughts that tempt us into believing that tragedy and death is all that awaits us. Doing this when our lives are constantly under attack seems virtually impossible…but our survival and our prosperity depend on it. 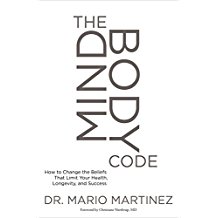 We must prepare our minds to be ready to recognize, accept, and create abundance, what Mario Martinez, a clinical neuropsychologist who developed the theory of biocognition, defines as the “the amount of health, wealth, and love that you require in order to lead a joyful life…a wellness life” (Mario Martinez, The Mind-Body Code: How the Mind Wounds and Heals the Body). When abundance arrives, we need to be in a position to welcome it and embrace it.

If one has lived a life of deprivation (i.e. gone without food, love, safety, or financial stability, struggle to have one’s dignity affirmed, rendered invisible by systems of oppression, experienced multiple deaths of loved ones, and/or the intersections thereof), there is a way in which the body and mind grow accustomed to this. Martinez argues that deprivation can be internalized by the immune, nervous, and endocrine system. In such a case, when abundance or joy enters our lives, our body then develops a stress response to it because it’s foreign and we can become sick or engage in self-sabotage, ultimately rejecting the very thing that we claimed to seek.

Integrating abundance into our lives will require a change in the cognitive frames that have limited and distorted our ways of thinking about our own worthiness, self-care, influence on others, and proclivity for success. It can strengthen our emotional and spiritual well-being. This shift in consciousness may include the guidance of mental health professionals, indigenous healers, and support groups; it can also include a combination of practices, such as meditation, prayer, affirmations, mental rehearsal (or visualization), and gratitude exercises. A mental and spiritual wellness regimen consisting of the above will not only help us recognize and fully enjoy abundance when it comes, but also hold onto it long enough to break the cycle of transgenerational trauma so abundance (in terms of health, wealth and love) is what we pass onto future generations.

All this in a word. Replacing “tragedy” with “resiliency.” The implications stretch far beyond what we bear witness to as black writers. It also becomes about how we can view our lives and our future as black people.

Through Invisible Man, Got the Whole World Watching, Smith shares all that he learned from “the most meaningful people and events” in his life in order to draw a “sketch of the black man” he’s become. It’s a comprehensive look at the multiple forces that have shaped him, including how the words of James Baldwin shaped his view of being an “honest man and a good writer.”

Through Smith’s vulnerability, we are able to see what he is touched and transformed by. He creates the space for readers to ponder all the themes he explores. This work prompted me to articulate my own integrity as a black writer and what it means to serve and bring healing to our community.   Anyone who reads this brilliant text can expect to be inspired to think and moved to act.

Janet Stickmon is an educator, author, and performer. Professor Stickmon is the founder of Broken Shackle Developmental Training and the Black Leaders and Mentorship Program. Stickmon’s Crushing Soft Rubies—A Memoir and Midnight Peaches, Two O’clock Patience—A Collection of Essays, Poems, and Short Stories on Womanhood and the Spirit have been used in courses at several colleges and universities across the country; she is also known for her latest parenting blog series, To Black Parents Visiting Earth:  A Life Guide to Raising Black Children in the 21st Century, due to be released in paperback in Fall 2017. Stickmon is currently a professor of Humanities at Napa Valley College, teaching Africana Studies and Filipina(o)-American Heritage.